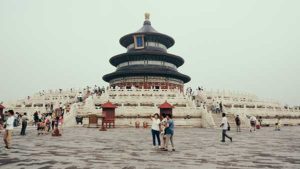 I dabbled in Chinese before I went to China. When I went to China, I hired a private tutor, found my own textbooks – with audio – and that’s when I really started to learn Chinese.

Being a language instructor, I chose my own Chinese textbook and my own tutor. I found Chinese friends specifically to help me learn the pronunciation of words that, at first, sounded nearly the same to me. For learning Chinese pronunciation, I used the same method that is shown on the Pronunciation pages of this website. Use a dictionary to find words that sound similar to each other, and then find a friend to help you distinguish between them.

I chose the textbook from Beijing Language and Culture University, also known as Beijing Yuyan Wenhua Daxue. When I lived in Vietnam, I met Vietnamese who were using the same textbook. Just make sure it comes with audio!

Posted in Other Languages and tagged Chinese, Language, Learning