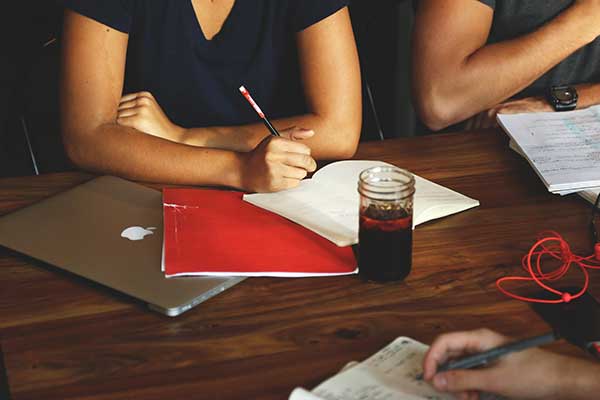 The ability to communicate well with adults with limited English requires a special set of skills. It is quite different from communicating and establishing rapport with someone from your own language background. Speaking more loudly does not necessarily help. Using more words to explain it can create even more confusion.

Here are some tips and some things to keep in mind. These are based on my own nineteen years of experience teaching English to speakers of other languages and five years of life experience as a limited-language speaker in China and Vietnam.

Use fewer words rather than more to convey the same meaning:

Once, I was teaching a group of immigrants and refugees who were just starting to learn English in Tukwila, Washington. I made the mistake of phrasing the question, “How much is a quarter worth?” This caused some confusion, since they didn’t understand the word “worth”.

The following day, I came in with some coins. I held up a nickel and asked, “How much is it?”, and someone said “five cents”. The word “worth” threw people off; it had caused unnecessary confusion because it wasn’t needed to convey the meaning of the question. Use as few words as possible to convey the meaning.

Keep in mind that some experience and knowledge is common throughout most of the world, while other references are specific to one country or a smaller group of cultures. This is true both for cultural groups and economic classes within the same culture. Analogies to globally common events, people or experiences can be used to help non-Native English speakers understand the situation and relate to what you are trying to communicate.

Refer to the World Cup rather than Superbowl

Refer to globally-known pop stars rather than heavy metal bands

Communicate an identical message in both speech and writing:

This gives people with limited English proficiency two chances to understand what is being said, and helps them keep their attention on what is being conveyed. Written and spoken English comprehension are two different skills, and people have different strengths and weaknesses. Conveying an identical message in both writing and speaking maximizes comprehensibility for everyone and gives people a second chance to fill in gaps in their understanding.

Break up longer thoughts into shorter ones:

Longer sentences often string together multiple ideas in ways that are complex. In particular, native speakers of tonal languages, such as Chinese or Southeast Asian languages, may have difficulty in catching nuances of English grammar that indicate time. In these language backgrounds, time is often expressed with phrases like “already”, “right now” or “at that time”.

When possible, demonstrate rather than explaining

For example, in employee training, have someone demonstrate unacceptable behavior and someone else demonstrate preferred behavior. Ask trainees which way is better and why.

Pictures that show a desired outcome or avoidable incident can also be more useful than trying to explain situations or risks in detail.

Never ask “Do you have any questions?” to low-level English speakers, especially if they have a lower status within the organization:

Formulating questions is a complicated grammatical task. It requires a deep understanding of the relationship between words in a sentence, and how the order of words changes meanings. Many languages use tones differently than English, and even intermediate non-Native speakers might not understand how tones relate to the meaning of English sentences. Some non-Native speakers who lack formal training in English grammar might not even understand whether a question or command is intended.

In contrast to North America and Northern Europe, many non-English speaking cultures are very hierarchical. In many cultures, asking direct questions to a superior may be considered disrespectful, and runs the risk of being perceived as challenging the superior’s authority. Where hierarchies are rigid, it is much safer to keep a low profile. People adapted to these environments typically ask someone of the same status what they understand, or simply pretend that they have understood and hope for the best.

Instead of asking “Do you understand?”, ask them simple questions to check for understanding.

Refugee Communities in the Seattle Area