Friday was my first full day in Montevideo, Uruguay.

I spent it with Anais, Guillermo and their 2-year old daughter. Anais and Guillermo are from Monterrey, Mexico, but their daughter, Ema, was born in Uruguay and is therefore Uruguayan. I was introduced via E-mail by my Mexican friend, Aida, who lives in Federal Way. Anais is one of Aida’s many, many cousins.

Anais & Guillermo took me to a nice restaurant. Guillermo and I shared some wine and we had cheese (melted). I also ate some “lasagna”, but there was no spaghetti sauce or tomato-based sauce, just white sauce and cheese. We all had desert and I had dulce y leche for the first time. It sounds like the Spanish words for “sweet” and “milk”, but it’s really like a French-style crepe filled with carmel.

Anais and Guillermo took me around town, pointing out different places of interest, including the light house, US Embassy and the world trade center. I got out of the car with Guillermo and took some photos at Independence Plaza, with the status of Artigas on horseback, “father of the country”.

Guillermo and Anais told me a lot about their life in Uruguay, the prices and the laws, and the system in Uruguay. They also talked about Guillermo’s job with the Latin American based steel company and their decision to leave Mexico. They will probably stay here unless and until the situation improves in their country.

At the end of the day, they took me to the grocery store; believe it or not, the main grocery chain here is called “Disco”! 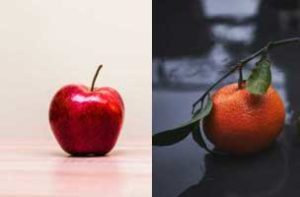 On Tuesday, September 4, 2018 at 8:32 p.m., I am going to depart from Seatac Airport on a multi-stop trip to Santiago, Chile. Having been to Europe once, and to the Far East more times than I can count, this will be my first trip to Latin America.

I am going to visit two countries:  Chile and Uruguay, and spending time in their capital cities, Santiago and Montevideo, respectively. Keep checking in to this website, and I’ll keep you posted on my travels, whereabouts and experiences.

The countries of South America are separated b

y the Andes Mountains, the longest and second highest mountain range in the world. The Andes Mountains form the boundary between Chile and Argentina. Uruguay is even further to the east, east of Buenos Aires, and that’s why its official name is The Oriental Republic of Uruguay. The term oriental, in English and in Spanish, is really just our way of pronouncing the old Latin word meaning “east“.

From what I’ve learned so far, every part of South America is different from the others:  Chile is a world apart from Bolivia, not to speak of Colombia or Brazil. South America has mountains, deserts, and temperate forests, as well as tropical and subtropical forests. It has cities, wine vineyards, farms, and pastures for livestock. The people look white, black, native, East Asian, any or all of the above. In short, South America is every bit as diverse as North America is, between and sometimes within countries. This is why I chose the photo of an apple and an orange.

In choosing Chile and Uruguay, I have selected the two most stable countries in South America, and the two with the strongest rule of law. My friends and colleagues in Seattle who are from Mexico and El Salvador have confirmed this with me personally. Keep checking this webpage, and I’ll keep you posted as to my whereabouts and experiences.