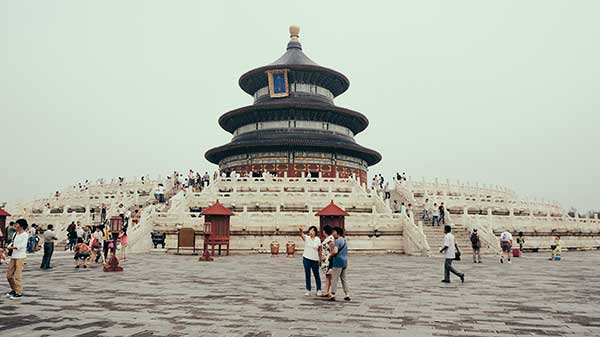 If you have citizenship in an English-speaking country, there are lots of opportunities for teaching English in China. Beijing and Shanghai might have a little more competition, since they are globally well-known. The salaries for English instructors in these cities tend to be higher than other parts of China; the costs of living are higher as well. There are also “medium-sized Chinese cities”. I put this phrase in quotes because there are over one hundred medium-sized cities with over a million residents. Some coastal cities, like Yantai, Qingdao and Dalian, have better “weather” as the Chinese would say; this means that they have less air pollution, since the ocean wind regularly blows the pollution away.

My teaching salary in China covered more than just my living expenses. I saved enough money to take several vacations around different parts of the country, travel to neighboring countries, and pay for all of my flights to and from Seattle, which I did once or twice a year. At the end of those journeys, I was able to convert a modest amount of Chinese currency into US dollars.

If you are a “Native English speaker”, then I think it’s very much still a “foreign English teacher’s” market. So, take some time to decide 1. which region, 2. which size town or city, 3. which type of organization to work for, and 4. which size foreign teaching staff. Your experience can vary a lot based on whether you work for a private organization, high school, middle school, primary school, provincial college or university. Private organizations, such as Disney English, Wall Street English and English First, each focus on a particular interest or age range of students.

Some opportunities are better than others, and there are big differences both between and within different regions of China. Be sure to do your homework. Before you accept a position, find out about both the location and the employer. If you can, try to get a second opinion of the company from the one they are trying to give you. The best advice comes from people who previously worked there, but have moved on.

Be particularly wary of fly-by-night companies. These are called 皮包公司, or “briefcase businesses”, in Chinese. These very common, especially in developing regions of China. These companies typically lack an established client or student-base, and have little background in education. Usually, their business plan is to find someone like you, and go from there. You may be approached by seemingly random people on buses, or by friends of friends of colleagues, or when just walking down the street. Since these companies have start-up costs and lack a student-base, they might or might not be able to pay you at the times or amounts they promise.

If you want to have a certain level of independence when living in China, it is a good idea to learn Chinese. Although other forms of Chinese are spoken in various regions, Mandarin is the most widely spoken in northern areas and throughout the whole country.